The Department of Zoology's birth took place along with the inception of St. Stephen's College, Uzhavoor, in 1964, and it became a full-fledged department in 1968 when the college was upgraded. Over the years, about 900 students have completed the B.Sc. degree course in Zoology with an aggregate pass percentage of 80. 72%. Many of our Alumni are employed, which include MBBS doctors (10), PhD holders (6), Post Graduates (87), B.Ed. Degree holders (153), Paramedical degree & Diploma holders (268), Government Servants (84) and Self-employed (133) persons. Nineteen faculty members have served this department during this period. Competent and committed teachers with a social outlook are the boon of this department. Infrastructure facilities available in this department are superior, and the students' training within and outside the class is above par when compared with similar departments. Both academic and co-curricular activities are given due importance. By the end of the course, the students are intellectually enlightened, morally upright and socially committed with a secular mind for rational thinking. At present, there are three faculty members and one laboratory assistant in the Department of Zoology. Ninety-four students study the course currently.

In addition to the institution's broad vision and mission, the Department of Zoology has its own aims and objectives. The primary objective is to provide biological information clearly and concisely. A student of our undergraduate program is expected to:
Comprehend the basic knowledge of various branches of Zoology, and General Biology meant both for a graduate course and for higher studies.
Understand and appreciate the vast diversity of living things, their special adaptations to their environment and their evolutionary and ecologic relationship.
Acquire basic skills in the observation and study of nature, biological techniques, experimental skills and scientific investigation.
Acquire basic knowledge and skills in certain applied branches to enable them for self-employment.
Be aware of the need for the conservation of the biosphere.
Be a naturalist with a human touch. 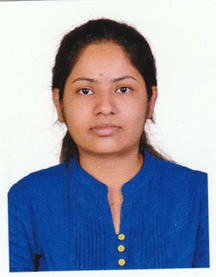 Heads of the Department

Prof. K C Abraham took his M.Sc. in Entomology from St. John's College, Agra. He joined in 1964 when St. Stephen's College was started as Head of the Department of Zoology, which he continued till his retirement in March 1984. During the Department's infancy, Professor Abraham, along with his colleagues, toiled hard to build the Department from scratch. He served in different academic bodies of Kerala University, especially as a Board of studies member and chairman of various examination boards. An innate, cheerful man, this octogenarian passed away in 2018.

Dr Mary Bellarina of the Visitation Congregation took her PhD from Germany in Histochemistry and joined the Department in 1968 when the Department was upgraded. She served here for an academic year and resigned, and went to the United States of America.

Prof. Chellama James joined the Department of Zoology in 1970 on deputation from B.C.M. College, Kottayam. At the end of the academic year, she returned to her institution.

Professor Joseph George K.'s acquaintance with the Department began in 1965 when he joined this institution as a Tutor. After completed his M.Sc. from St. John's College, Agra, he rejoined in 1970 as Junior Lecturer. Professor Joseph was a born leader with his majestic presence. During his career, he donned many posts, both in academic and civic bodies. He was the Head of the Department of Zoology from 1984 to 1995. The founder Principal of Pius X College, Rajapuram and Principal of St. Stephen's College, Uzhavoor, during 1996-1998, he retired from service in that capacity. During this period, he was the director board member of the Xavier Board and AIACHE. In civic bodies, he held positions like the District Development Council Member, member of the Uzhavoor Panchayat and Uzhavoor Co-operative bank President, a post he still holds.

Dr P J Cyriac was an eminent professional in teaching who joined the Department in 1980. He did his M.Sc. in Zoology from BITS, Pilani and Ph. D. in 1991 from Cochin University, specializing in Toxicology and Pollution Studies. He always paid attention to fulfilling the purpose of education by accomplishing a good relationship with students.

Dr M. Jalaja joined the Department in 1976 after completing her PhD from Kerala University, specializing in Entomology. She was an excellent mentor to the students throughout their college days as she was open to all their love and criticism. Dr M. Jalaja was a renowned curator. She retired from service in 2002 and is well settled in her home town in Thiruvananthapuram.

Smt. Regina Peter worked as a Junior Lecturer in Zoology from 1979 to November 1981, when she took leave and left for Nigeria. From there, she moved to the U.S. and relinquished her post in the Department.

Professor Thomas joined the Department in 1980 after completing his M.Sc. from Calicut University. Professor Thomas was an excellent teacher and also a person who took nature to heart. He upheld the importance of loving nature and proved it to the community by extensively involving in cattle rearing and other organic agricultural activities. He was honored with the "Karshakasree Award" by Kadaplamattom Panchayat. He retired from the institution in 2012.

Sri John V. M. worked in the Department as a Junior Lecturer and then as a Lecturer for five years in leave vacancies. A student of this Department, Sri John, was a committed teacher par excellence. Now settled in the U.S., he still retains nostalgic memories of the Department.

Professor Joy joined the Department in 1980 after completing his M.Sc. from Kerala University. He was a pioneer in organizing the Centre for Environmental Education and Rural Development (CEERD) in St. Stephen's College in the year 2001. CEERD is actively involved in various activities to develop responsibility towards nature and inculcate society's moral obligation. He retired from services in 2012.

Dr Mary, a former student of the Department, worked for a short period in a leave vacancy in 1985. She is now a Reader in the Department of Forestry, North Eastern Regional Institute of Science and Technology, Arunachal Pradesh, India.

Sri Johnson Thomas worked in this Department for two years from 1988-1990 in a leave vacancy and has immigrated to the U.S., where he is thriving well. He is still in touch with the Department and very anxious to know its progress, as a well-wisher.

Sri Jaise Mathew had the shortest period of employment in the Department. He is presently working in a higher secondary school in Karimkunnam, in the Idukki District of Kerala.

Professor Jainamma John joined the Department in 1987 after completing her M.Sc. from Kerala University in 1983. She had a personality that influenced many students in academics as well as their lives. She volunteered to start a spiritual meditation centre, "Unarvu", in the college to motivate and develop students' spiritual improvement. Professor Jainamma treated students like her own children and maintained a motherly love for them. She retired from service in 2016.

1. Sri. Biju Thomas was appointed as a Board of Studies member in the Department of Zoology, M.G. University.

2. Sri. Biju Thomas was appointed as the Nodal officer of All India Survey of Higher Education - AISHE.