Browsing through the past 56 years, we have seen a department arise from its founders' vision in 1964, attain maturity and now take a giant leap forward trying to project itself as a Centre of Excellence. Our leaders had the foresight to envision that a rural place like Uzhavoor would need a new higher learning institution to take care of its needs. Driven by their missionary zeal, they responded to this new-felt need by taking the initiative of establishing this college. One of the immediate felt needs was the institution of an English Department, which would impart instruction and training in English as a specialization, and an essential component of the curricula to enlighten the common folk. The structure of education was based on an indigenous model of education, in anticipation of and in preparation for fulfilling the region's needs for English Studies. Since its inception, this Department has played an essential role in the college's progress by catering to the needs of the rural-based region for which its founders created it.

Inspiration and imagination create innovation. As Pegasus- the ancient sign of a new millennium and new consciousness, the Department of English, St. Stephen's College, Uzhavoor strives to conquer new heights of excellence by combining the might and imagination of this divine white winged horse. With its steadfast dedication and commitment, the Department inspires thousands of young souls to achieve the highest effectiveness and efficiency by retaining the heart's goodness. We promote understanding of humanity's oneness, the value of diversity and the need for unity and thereby generate goodwill and harmony such that each- be it the student or the teacher- becomes the other's keeper. Pupils learn to see the sun and stars through the window, and we elevated them to the lofty and the sublime.

This Department is continually committed to imparting education in keeping with student-centred training aimed at national progress and persistently striving for excellence to reach our ultimate goal of meeting international standards. The Department aims to explore variegated possibilities for establishing linkages with other academic institutions of importance to facilitate a free-flow of knowledge by adding the current and upcoming areas of expertise to our curricular framework, thereby initiating necessary changes in the teaching-learning processes. To meet the global challenges and be in tune with the current trends both at national and international levels, the Department conducts evaluation practices and exercises regularly.

Literature is an important cultural product of a society as it offers insights into different societies' worldviews. Focused on providing an overview of Literature from aesthetic, linguistic, socio-political and cultural contexts, the Department of English relentlessly strives to promote an intellectual climate through artistic creation, critical mediation and innovative ideation in a culture of reciprocal transformation. The students of Literature are encouraged to develop unique subjective objectivity that helps them in self-exploration and self-realization.

While the study of great Literature is rewarding for its own sake, our resolve is to remain steadfast in our commitment to making our modest contribution to our students and society by designing and implementing short-term, need-based activities in English. We do feel grateful and highly honoured to have had the privilege of being among our University's first few Departments in its early years of existence. Our good fortune was that the Department was blessed with an efficient faculty that strived ardently in its moulding. Over the years, these teachers of great vision helped build the Department. They brought it to the enviable position it occupies today, not only within the district but also at the university level. This Department is now headed by an efficient leader Ms Bindu Cherian, with an ably-equipped fraternity of committed teachers who are assiduously dedicated to realizing the purpose for which this Department strives.

The English Department offers a B.A. Degree in English Language and Literature (Model I) and a B.A. Degree in English Vocation (Model II) comprising VI semesters each to be completed over three years. The historical or thematic content of these two majors will vary from one semester to another. It will involve the relationship of texts to contexts, structured to allow students to balance liberal and professional interests by focusing on the production and interpretation of print texts and other media in their social and cultural contexts. The English faculty and students represent a diverse but close community with a shared interest in understanding how texts are produced and understood. This interest is the foundation for the formal curriculum and inspiration for a range of complementary activities and interpretative practices. Interpretive practices ground students in literary and cultural theory and train them in writing interpretations of texts. Research in English offers training in gathering information systematically and in building arguments based on that information. Students will hone their reading texts skills, using critical commentary, assessing print and electronic materials, and conducting interviews and surveys. By presenting their projects to audiences within the faculty, the students will learn how to test their hypotheses. 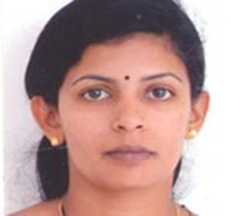 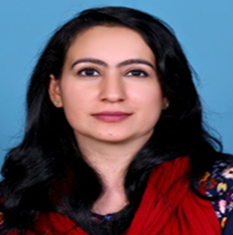 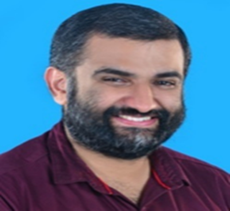 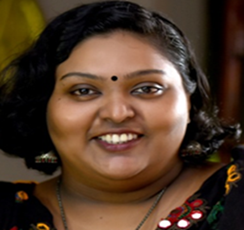 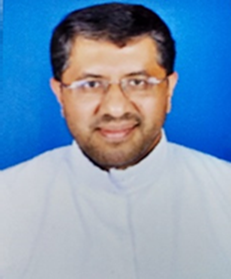 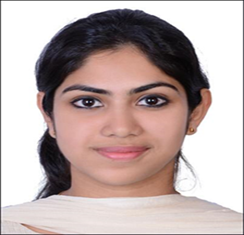 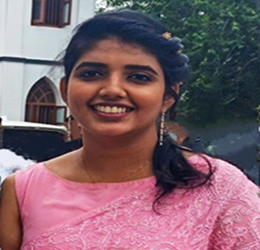 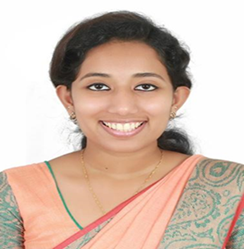 HODs DOWN THE YEARS

Rev. Sr. Goretti (1968- 1983): Sr. Goretti joined the Department of English in 1968 when the B. A. English Language and Literature Degree course was introduced. She assumed the charge as HOD for three years from 1/7/1968 to 31/ 12/ 1971. She was appointed Principal of the College on 1/1/1972. A revered teacher and a scholar of Shakespearean plays, she was able to inculcate an abiding love of literature in her students. An able administrator with a benign heart, her benevolence embraced one and all in the college. She retired on 31/12/1983. Her sad demise on 23/ 05 / 1985 after a brief illness was an irreparable loss to the institution.

Prof V.A. Varghese (1967- 1977): This eminent professor in English joined this institution in 1967. Adept at stimulating the latent talents of his students, he was a trendy person. It is always a picture of serenity, this gentle but brilliant teacher of whom many still cherish fond memories retired in 1977 after ten years of outstanding service.

Prof. Sunny Thomas (1964 - 1997): Appointed HOD in 1964, Prof. Sunny Thomas has held one of the longest tenures as HOD in this college. A towering personality, he was a dynamic teacher who was able to arouse his students' interest and curiosity. A seasoned traveller, he enchanted students with stories of his travels and experiences. He has brought laurels to the Department and St. Stephen's College as a Champion shooter and later as Coach at the National level. He has reaped a rich harvest of bronze, silver and gold medals and the crowning glory was the Dronacharya Award conferred on him by the Honourable President of India. He retired in 1997 after 33 years of meritorious service.

Prof. N. N. Namboothiri (1964 1985): Prof. N. N. Namboothiri hailed from an aristocratic Namboothiri family of Kidangoor. He joined the college in 1964. He was always calm and collected; he was an excellent teacher blessed with consummate skill and a quaint sense of humour. This veteran teacher retired from his office in 1985 after 21 years of meritorious service.

Rev. Fr. Abraham Vellamthadathil (1970 - 1981): This clergyman became a teacher in this college in 1970. He was a commendable teacher who excelled in teaching. His profound and extensive knowledge and learning enabled him to enliven his classes. He left the college in 1981 after a decade of commendable service.

A very notable teacher, Prof C. J. Thomas joined this college in 1968. A brief teaching spell in Uganda, Africa, served to broaden his horizons and enrich his teaching style. Constantly paternal and affectionate, he was fond of his students to whom he was a fatherly figure. He bade farewell to the institution in 1997.

Prof. K. J. Kurian entered the portals of this institution as a teacher in 1976. A rank-holder, he was a teacher par excellence whose invigorating classes mesmerized the students. Simple yet nimble-witted, this outstanding teacher bade farewell to this college with his retirement on 31/ 03/2003.

Modest and unassuming, this scholarly educator first stepped into this college as a teacher in 1974. Methodical and systematic, he was an acclaimed grammarian and skilled academician. Dutiful and sincere, he held the motto service above self-aloft. Ever punctual and efficient, a guide and adviser to his colleagues, this stalwart retired on 31/ 03/ 2003.

1. Smt. Bindu Cherian (HoD) was appointed as the question paper setter of Kerala University Examinations (2018-19) and Assumption College, Changanacherry (2018-19). She has also been appointed as the Chairman of the Question paper setting for the year 2019-20.
2. Smt Lijiyamol Thankachan has chaired a session at the National Seminar organized by Alphonsa College, Pala and has presented a paper titled. Envoicing by Engressing an Ecofeminist Analysis of the movie How Old Are You? in the National Seminar, Blurring the Boundaries: Theory as an Intertext.
3. Sri. Jimmy James was nominated as a member of the Board of Studies of the English department at the MG University and co-edited for MG University Acts on Stage, Nature Anthem, Voices from the Margins and Rubrics of the Mind.
4. Smt. Tina Jose released her travelogue Wandering Woman on 16-01-2019, assisted in the publication of study material for S1 and S2 General English, acted as quizmaster at Deva Matha Colleges inter-collegiate quiz competition and has several academic publications to her credit.

1. Johnys P. Stephen and Jewel Raju secured 3rd prize for the debate competition at S.H. College, Thevara, on 28-01-2019.
2. Johnys P. Stephen won the 2nd prize for the Chavara Speech competition at K.E. College, Mannanam.
3. Johnys P. Stephen and Jewel Raju bagged the 2ndprize in the Inter-Departmental debate competition conducted by the Department of Economics.
4. Jewel Raju won the Best Parliamentarian award for 2018-19 conducted by the Institute of Parliamentary Affairs, Government of Kerala, Model Parliament Competition.
5. Jipsa Maria Joy procured selection for the Ball-Badminton team at the university level.
6. Ajay Das of S2 English Voc. won 1st prize in the PUBG competition held at CMS College, Kottayam.
7. Sruthy Gopinath was selected to represent the Kottayam group in the Mavlankar Shooting competition held at Erattyar in May 2018.
8. Iygin Dius, S2 Eng., secured 2nd prize for the Photography competition conducted by the Dept. of Zoology.
9. Himesh J. J. and Anagha K. A. won 2nd place for the Anti-Narcotics Quiz held on campus.
10. Jyothis Cyriac of S6 English got an A grade for Malayalam Elocution at the M.G. University Youth Festival.
11. Ahallya Bharathy B. A., of S6 Eng Voc., was crowned Miss St. Stephens 2020 at the competition held on 18th February.
12. Jyothis Cyriac, Harikrishnan Santhosh, AhallyaBharathy B.A. and Roshan T. R. were the winners of the interdepartmental debate competition conducted by the Physics Dept.

Tessy James IT firm in Ernakulam

Sports students of the department won the inter-departmental football tournament

Sports students of the department won the inter-departmental Uzhavoor cup

Binu Peter of S6 English brought fame to our college by winning numerous medals & trophies. Some of them are:

There are currently three research scholars within the department. They are as follows:

Some of the faculty are also in the process of doing their minor projects. They are the following faculty: