The Department of Hindi was established in 1964 and Rev Sr. James was the first Head of the Department

- The main objective is to develop communication skills by improving their grammatical base and their command of vocabulary.

- By acquainting themselves with famous writers, they can contribute a lot to our country's National Integration.

For degree courses, Hindi is taught as an additional language. Students are at liberty to take either Hindi or Malayalam as the optional subject for the additional language. A Post Admission Test for I DC classes is conducted to determine the academic standing of the students. The weaker students are identified and given the necessary guidance. Sr. James Scholarship and Dr Sindhu K.C Memorial Cash Award are given to the Hindi students (Top Scorer in Hindi in UG Programme, Best Student in Hindi for II DC Hindi Examination and Best Outgoing Student of the Degree classes.) At present, Dr Merly K Punnoose is serving as HOD and Research Guide in the department. Research Activities are also promoted under her guidance. 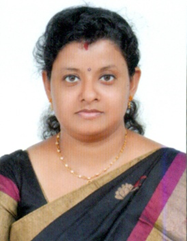 Sr. James was a sincere and dedicated teacher. She was the warden of the college hostel for several years.

She served the college for seven months.

He was a poet at heart. He was the 'Guruji' of both the students and teaching community.

She was noted for her dedication, innovation and creative talent.

She was noted for her maternal care. She was also known for her dedication and hard work as well.

She was exemplary in her performance in the class. She was noted for her guidance given to the student community.

1. Report Of the Activities on the Month of August 2022

EBSB Club of St. Stephen’s College, Uzhavoor has made a video to spread

awareness about freedom fighters and their contribution to India’s

Independence Movement. This video is a part of Azadi Ka Amrut Mahotsav,

which is a celebration of 75 years of Independence. The video was posted on

18th August ,2022.Video shares a database on the lives of freedom fighters

that includes photos and description. Even though our freedom fighters are

already well known, we hope that the video will impart the spirit of

Independence Movement among the students.

2. Report Of the Activities on the Month of January 2022

A video was prepared related to Republic Day on 26th January. The video have

the video was about the history of India, Republic of India and the struggles

involved in it. The video was presented officially in the Whatsapp group.

3.Report Of the Activities on the Month of December 2020

competition on Himachal Pradesh. The participants who score more than

30% marks are given e -certificates of participation. Students and faculty

members from various colleges and universities participated in the quiz.

This help's to know and understand more about state Information's - culture,